This was a short hike – about 3 hours – I did along the Chuo line. I decided to add it for a couple of reasons. First the views, including Mt Fuji, were amazing. Second, the signs – in Japanese and English – were excellent, and made this an easy-to-follow hike. It had snowed in the area 3 days earlier, but it seemed that crampons wouldn’t be needed. 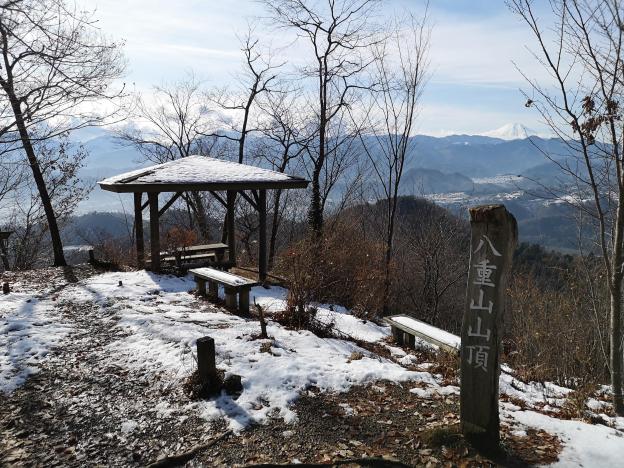 I took the train to Uenohara station, about an hour from Shinjuku, from where it was another hour of walking to the start of the trail. In reality it takes a bit longer, but I was able to catch a bus midway. The buses in the area are infrequent and hard to figure out so I was lucky to catch one near a bus stop. It’s another ten minutes from the last stop to the start of the trail. 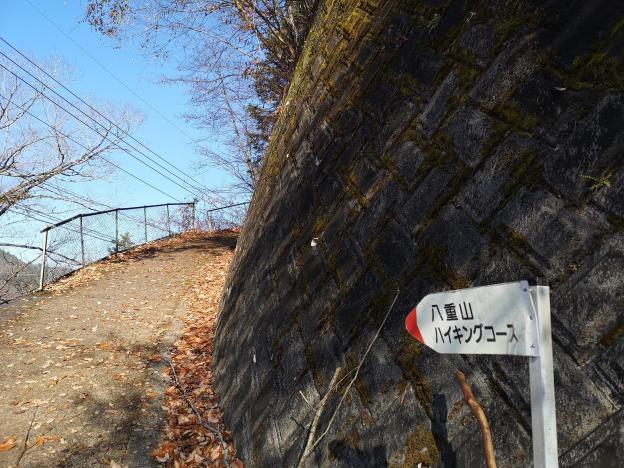 Start of the hiking trail 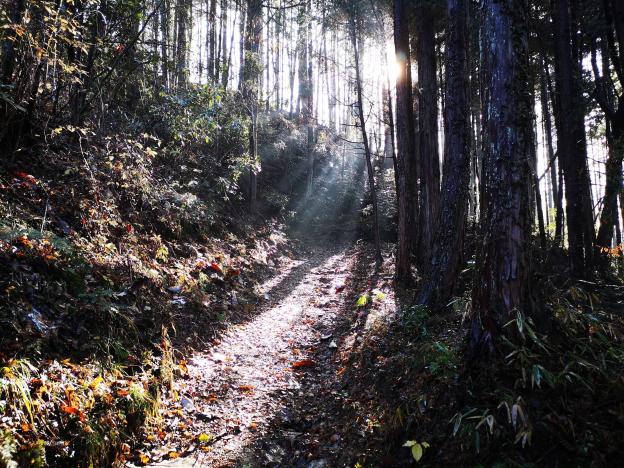 Beautiful forest just around the corner

I started up the hiking trail just past 10am, and in less than ten minutes, I reached a viewpoint where I could see Mt Fuji. After taking a few pictures, I turned around, and saw that the path was covered in snow! However, I happened to be there at the same time as another hiker on his way down, and he assured me that there wasn’t much snow higher up. 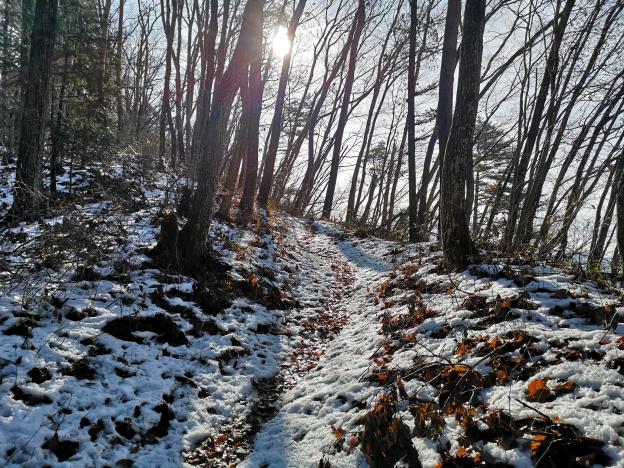 Snow on the trail, but mostly on the North side

The path turned along the side of the mountain, and once it faced southwards, the snow did indeed disappear. It reappeared here and there further on, but it was never an issue. I was soon walking on the summit ridge, and after a couple of ups and downs, I reached the top of Mt Nodake 能岳 before 11am. The view of the Katsura river valley below with Mt Fuji in the background was outstanding. 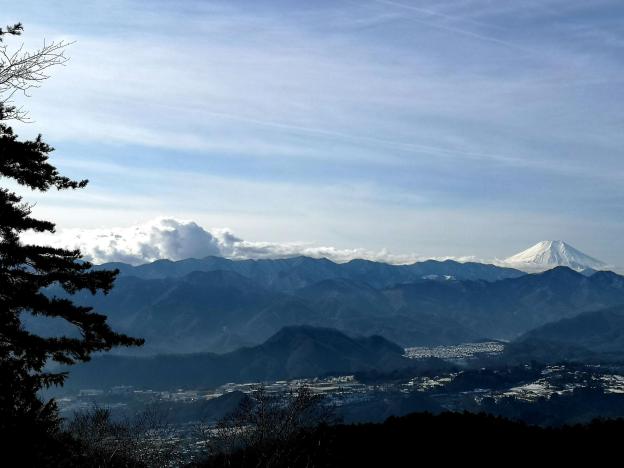 View from the top of Mt Nodake 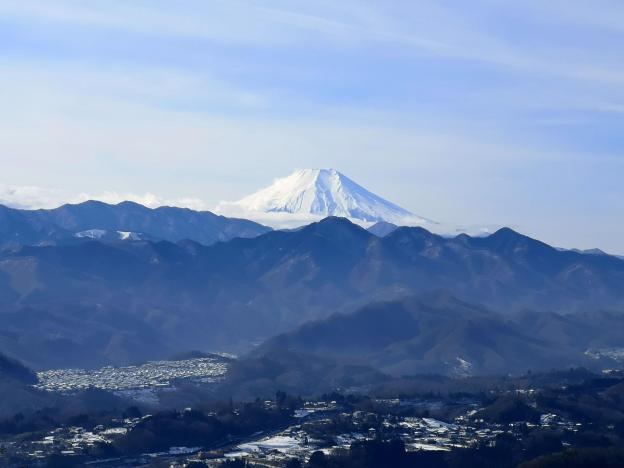 After a quick bite, I set off again. It took me only ten minutes to reach the top of Mt Yaeyama 八重山. There was a small arbour, but the view was somewhat obstructed by trees. I started walking down, and less than ten minutes later I came to another arbour and lookout point. Here, the view was top notch; arguably one of the best in the Tokyo area. From left to right, I could see the Tanzawa mountains, Mt Fuji, Mitsutoge, Mt Ogiyama and Mt Gongen. 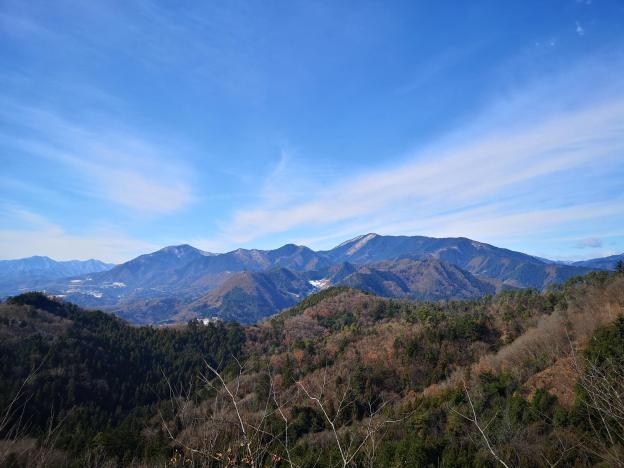 View to the West of Mt Ogiyama and Mt Gongen 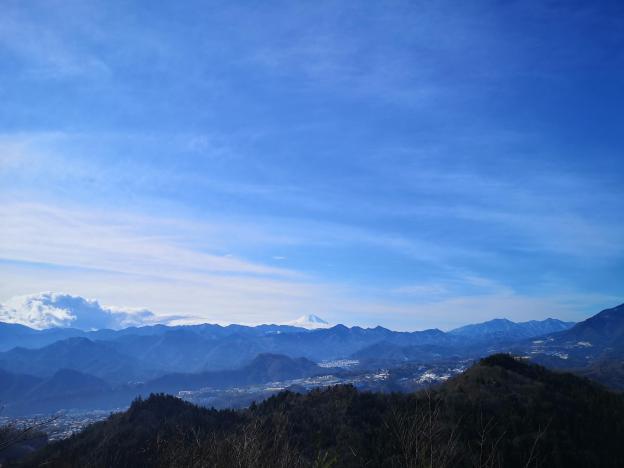 View from the Mt Yaeyama observatory

I left the viewpoint at 11h30. There are several paths down the mountain, but they all meet up lower down; some were closed due to typhoon damage. Once I reached the base of the mountain, the path followed a stream through the forest. At times, the sunlight filtering through the trees was magical. Very soon, I reached a road, and it took me another 45 minutes to get back to Uenohara station. 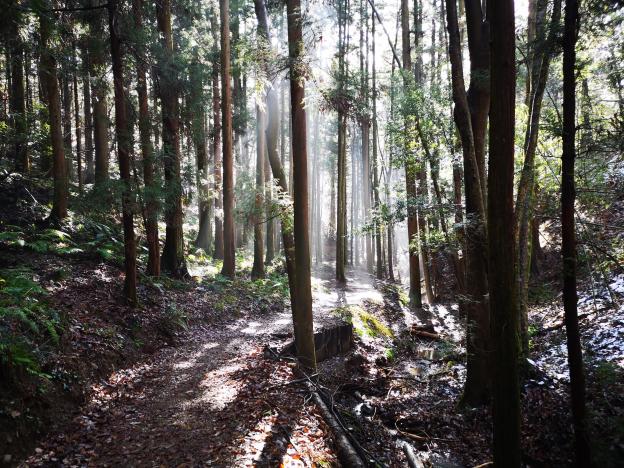 Magical forest at the end of the hike 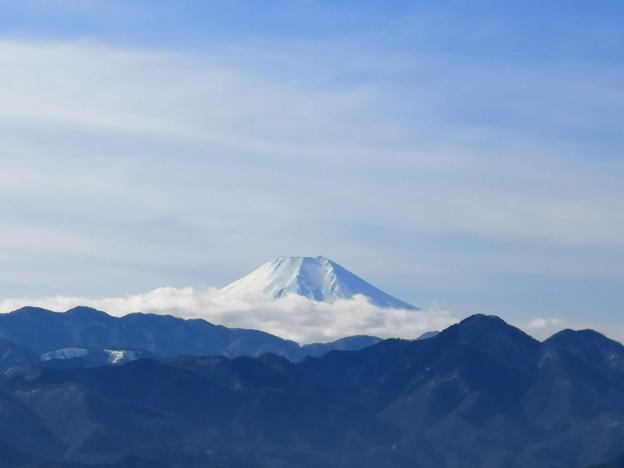 NEXT UP: Mt Bukka (Tanzawa Mountains) in Kanagawa