This hike followed the ridgeline in the opposite direction of Mt Shaka. I had been wanting to return there for a while, but couldn’t figure out how to get back to the train station at the end of the trail. After poring over maps and bus timetables, I discovered that the bus taking me to the starting point, also passed relatively close to the end point. Unfortunately, the trail was just off my Mt Fuji hiking map, and it wasn’t included in my “Mountains of Yamanashi” guide book either. So using the Yamareco website, and information from the Inayama Zelkova Forest website, I created my own hike. It involved a round-trip on one section, thus forming a Y shape. 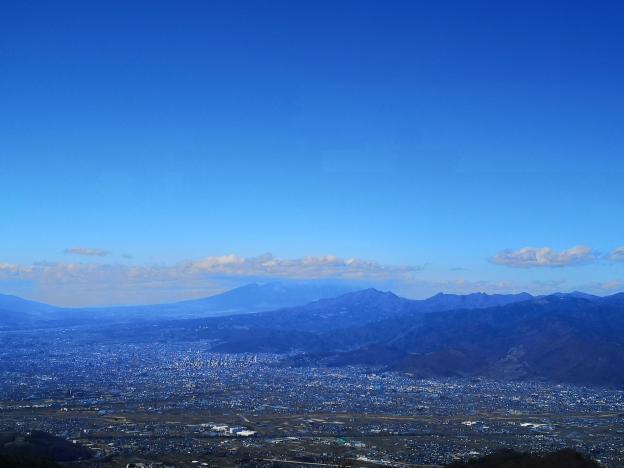 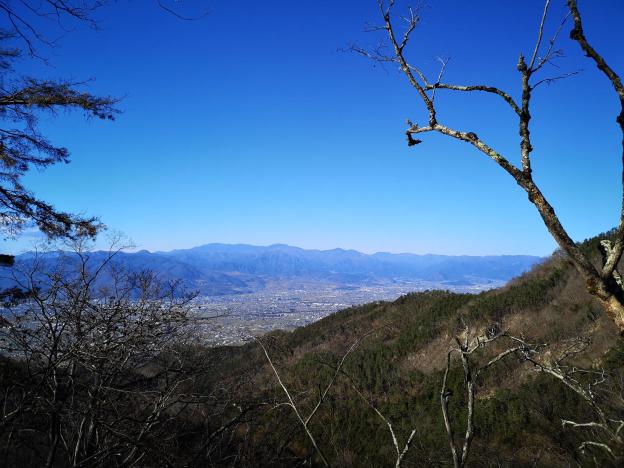 Hard to believe that this is just 100 km from Tokyo

After taking the comfortable Chuo line limited express to Isawa Onsen, I boarded a nearly empty bus for the one-hour trip to Torisaka Pass 鳥坂峠. This was my third time taking this bus, and each time it has been empty; a shame since it goes into a valley surrounded by several good hiking trails with views of Mt Fuji. I arrived at the pass just before 11am, and although several cars were parked there, I saw no one during my hike. The other hikers probably went the other way, towards Mt Shaka. I first followed a road (closed to cars) for a few minutes, till I reached a small trail on the right, marked by a stone monument. After about five minutes of climbing, I reached the ridgeline where I took the trail heading left. 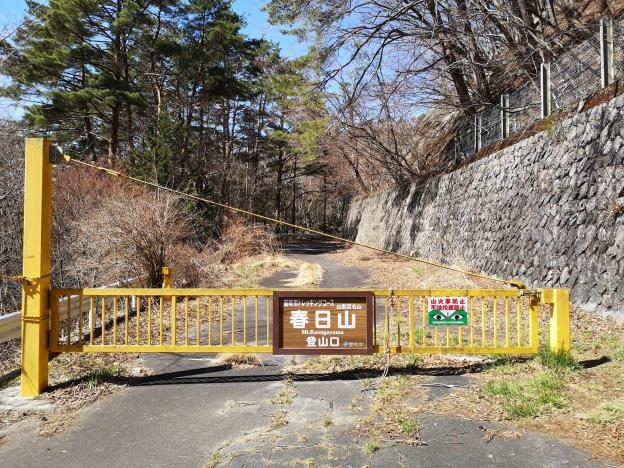 Easy-to-spot start of the trail 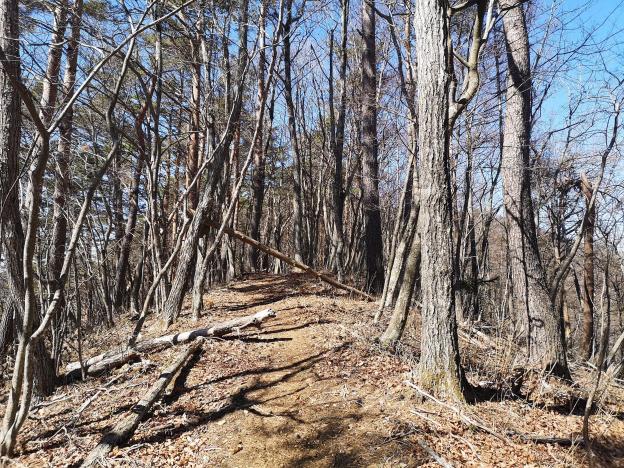 The next section was a pleasant ramble that climbed gradually through bare trees. At an elevation of 1000m, spring had yet to arrive. It was a blue sky day, but a cold wind was blowing from the valley below. I soon arrived at Kasugasawa-no-to 春日沢の頭 (1235m), a flat open space surrounded by trees. After a short up and down, I reached Mt Kasuga 春日山. Here again there was no view. Since it was only noon, I decided to wait a little longer for lunch. After another short descent, I reached a narrow road, closed to cars in the winter. I continued up a surprisingly steep trail on the opposite site, to the top of Mt Meisho 名所山. The trail continued beyond to another road, from where it was possible to walk to the last stop of my morning. However, I preferred to retrace my steps, back down the steep slope, thanks to which I could get some views of the Oku-chichibu mountains above the trees. 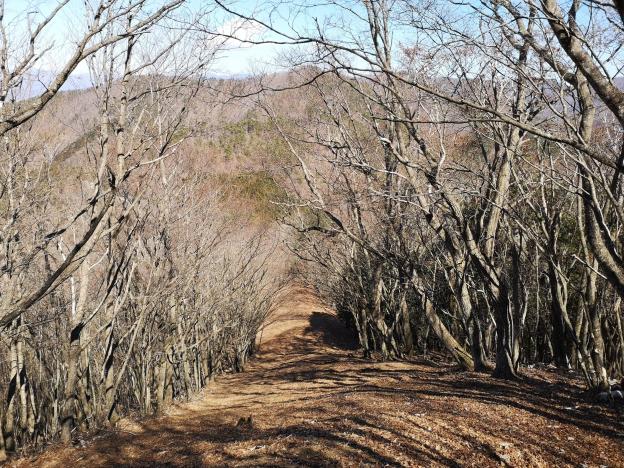 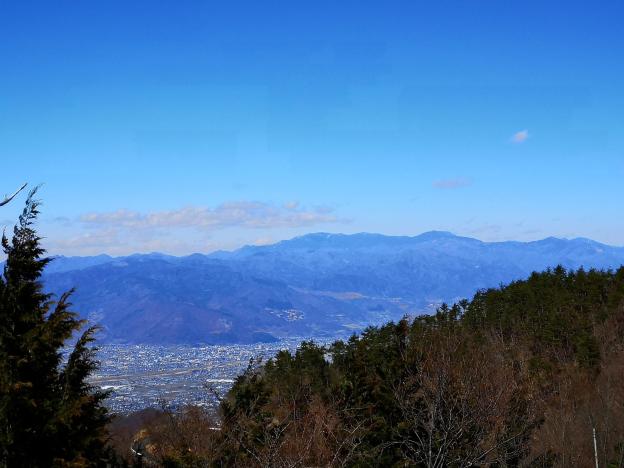 Once I was back on the road I had crossed earlier, I walked along it, heading North for 5 minutes to an amazing viewpoint with a bench of the Kofu valley. It was 1h30 so I decided to take a break for lunch. To my left, I could see the South Alps, the highest peaks hidden in the clouds; in front the wide expanse of the Kofu valley, with the buildings of Kofu city in the middle, and Yatsugatake under a big cloud behind; to my right, I could see the Oku-Chichibu mountains, completely free of clouds, with the small triangular peak of Mt Kinpu in the middle. 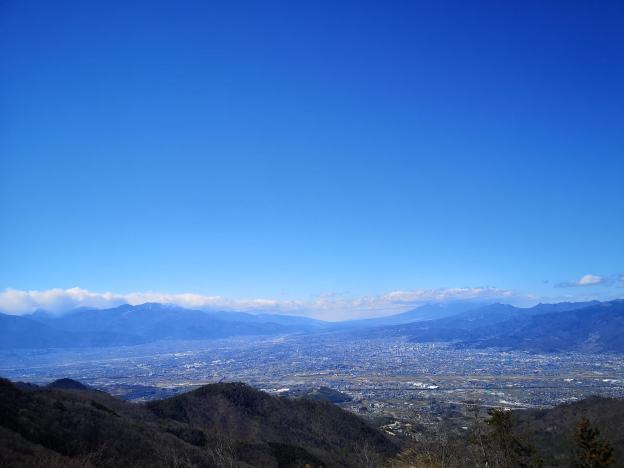 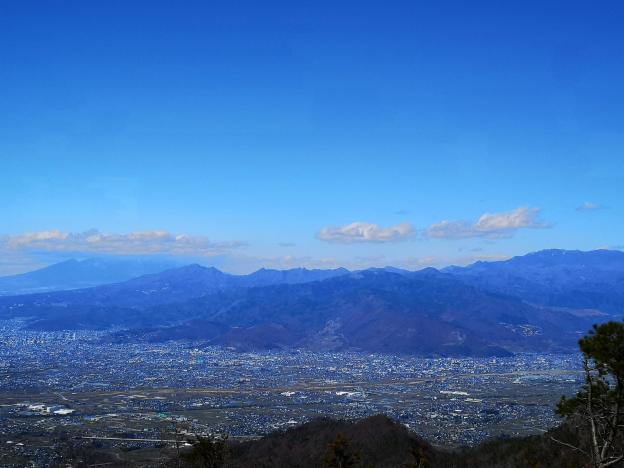 It was still terribly windy, so I had to cut my lunch short. I made my way back to Kasugasawa-no-to, where I took a path to the left, and followed a wide downhill slope. I reached Mt Ina 稲山 just before 3pm. There was another view, similar to the one I had during lunch. Here I had the choice between a North trail and a South trail, both of the same length. They each followed a ridge above a valley and ended at the same place. I couldn’t find the North one, so the choice was easy. From now, the ridge became steeper and more narrow, with many tall pine trees along the path. You truly felt you were hiking in the mountains, a feeling you don’t always get when hiking closer to Tokyo. 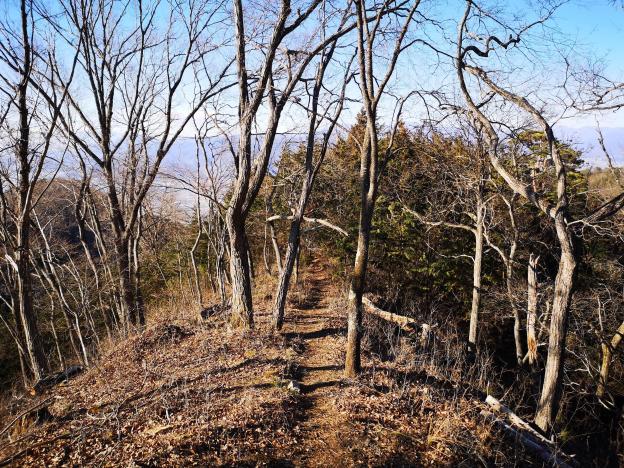 Some of the best hiking was through the Zelkova forest 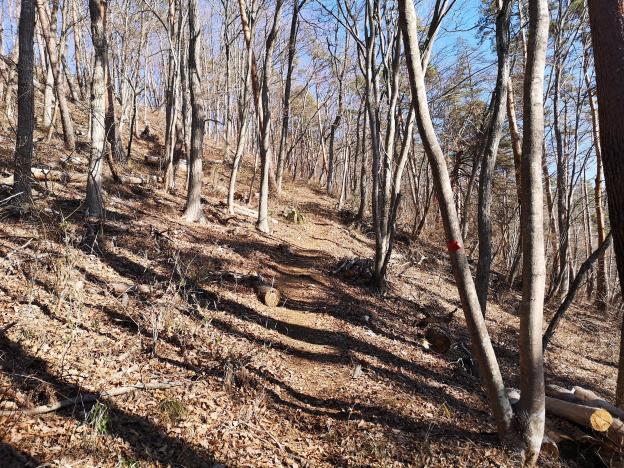 Approaching the end of the hike

At 4pm I emerged onto a small road and a small parking area. On the way to the bus stop, I made a short detour by the nearby Yatsushiro-Furusato Park. There were some “Kofun” (ancient mound tombs), and good views of the surrounding mountains. At 5h30 I caught the empty bus back, and reached Isawa onsen station before 6pm. After a quick hot spring bath at Yamanami Hotel, I got the limited express train back to Tokyo. 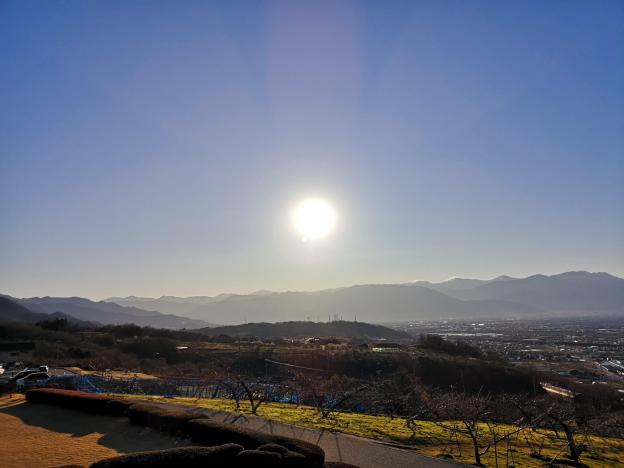 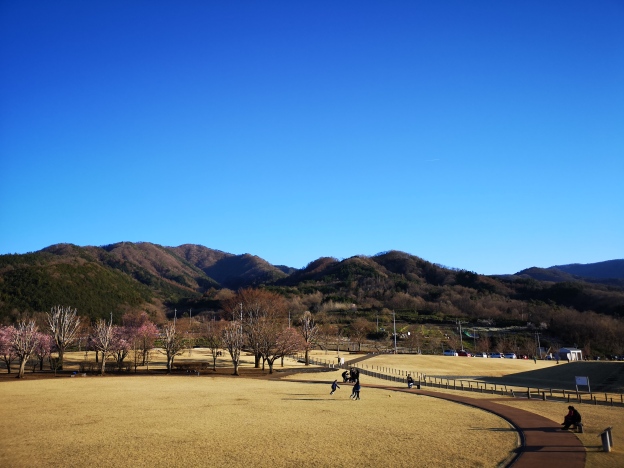 Looking back at Mt Inayama (left)