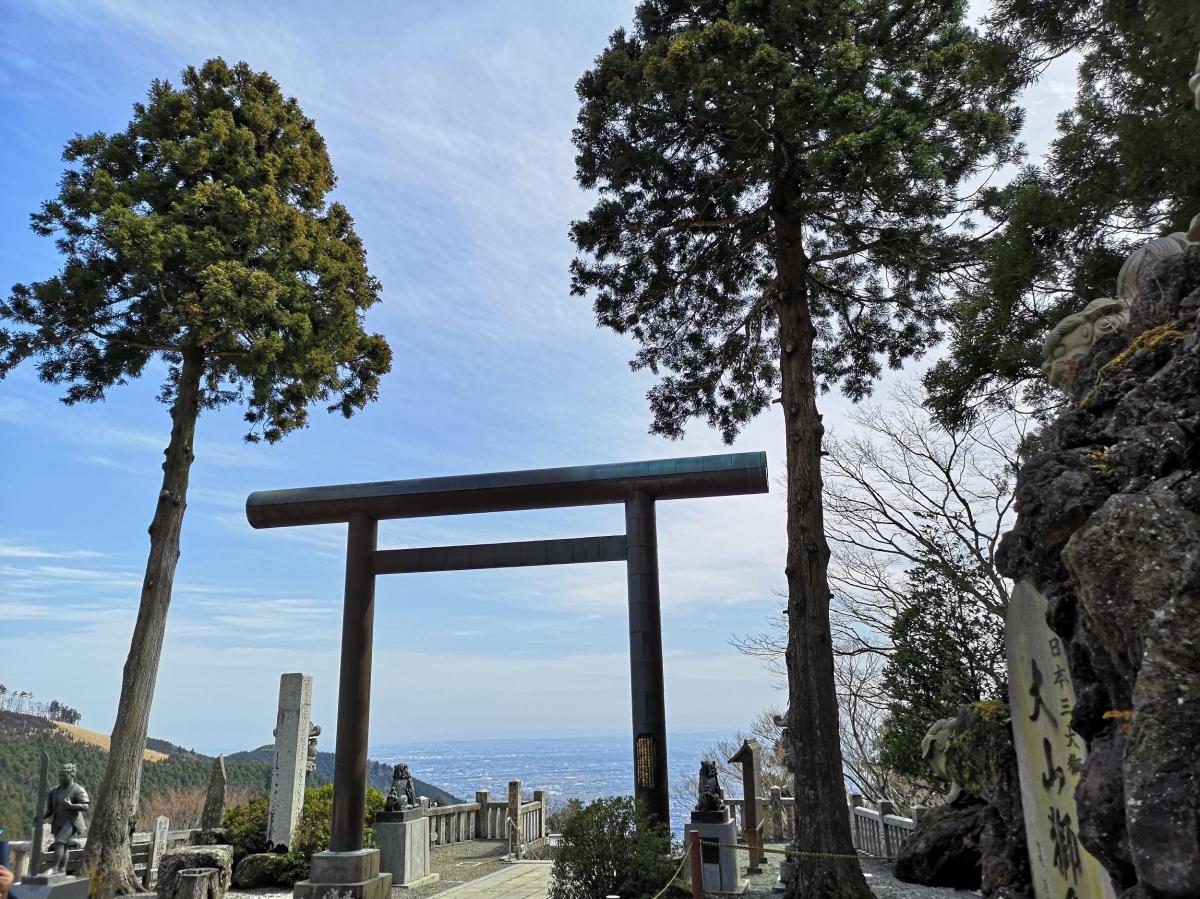 There is a section of the Kanto Fureai no Michi that passes by Mt Oyama. It doesn’t go all the way to the summit, but goes past the top of the cable car halfway up the mountain. I had hiked the section on the Southern side a few years ago, and I had always wanted to return and hike the Northern section. It continues to Nanasawa onsen 七沢温泉 which seemed like a good place to finish. Mt Oyama, a 300 famous mountain, is a popular hiking spot close to Tokyo, but since I went on a weekday there were relatively few people. 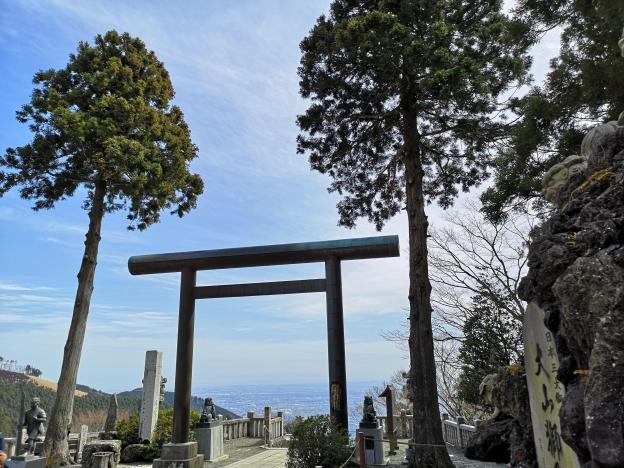 I took the Odakyu Romancecar to Isehara, where I transferred to one of the frequent buses for the Oyama Cable car. For once, the bus was nearly full. Since it was a short hike, I left later than usual, and got there around 11am. It had been a few years since my last visit, and I had forgotten that it was a twenty minute-walk up the Koma Sando コマ参道 shopping street to the cable car station. Since the next one was leaving at 11h20, I flew up the flights of steps, past the shops selling spinning tops, and hopped on to the green cable car just before they closed the doors.

View from the top of the cable car

After getting off, I decided to walk up the steps to Afuri-Jinja Shrine 阿夫利神社 to check out the view. It was a bit hazy in the late morning but I could just make out the boso peninsula in the far distance. The path up Mt Oyama is behind the shrine, but the Fureai no Michi trail is at the base of the steps, so I headed back down, and it was around noon when I finally started hiking. The first part was mostly flat, hugging the side of the mountain. The surrounding trees were very beautiful, and I saw a giant cedar tree soaring up into the sky next to a tiny shrine. 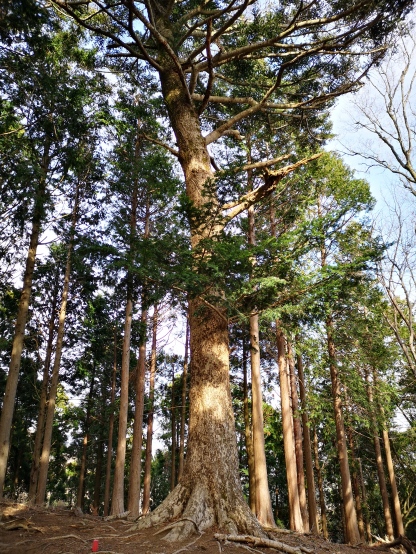 A couple of impressive trees along the trail

Few people hiking on a weekday

Half an hour later, I reached a viewpoint with a dozen benches, to accommodate the weekend crowds. I could see the triangular summit of Mt Oyama, as well as the urban spread to the North. After a short break, I set off for Hinata-Yakushi Temple 日向薬師寺, in the opposite direction of the trail for Mt Oyama, heading down the mountain. Some workers were doing maintenance on the trail, due to be completed today according to a sign I saw lower down. I had some good views Southwards of the Izu peninsula. Past a rather large jizo statue, which I first mistook for a person, the path turned sharply off the ridge and went downhill via a series of switchbacks. 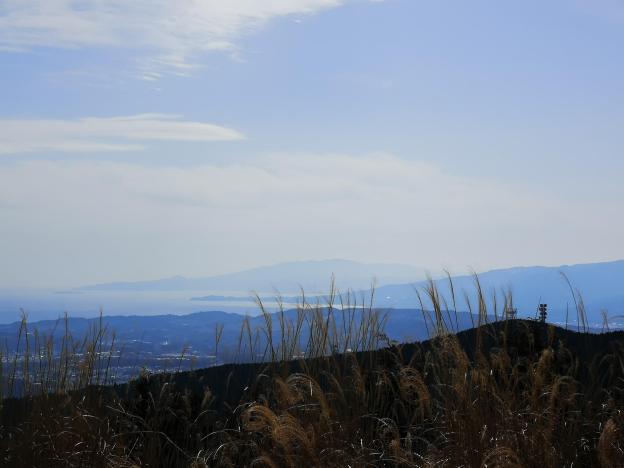 View of the Izu Peninsula 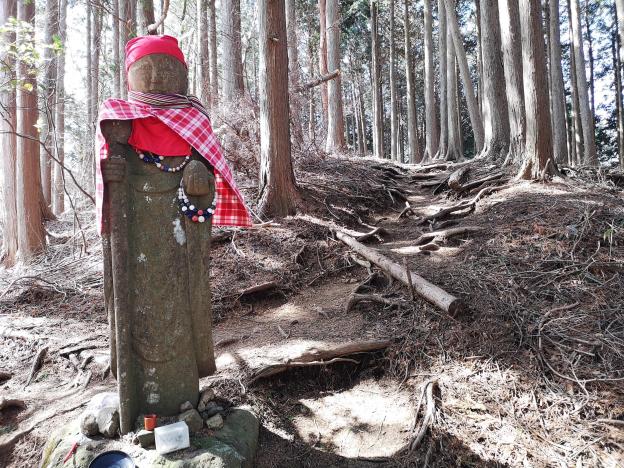 Around 1h30, I emerged onto a road, but I soon turned left onto a small trail to Johotsuganji Temple. At this point, I had left the Fureai no Michi. After about ten minutes, I arrived at a small cave at the base of a cliff. It contained some Buddhist statues, and from the croaks I was hearing, some frogs as well! The trail continued up the mountain, along a ridge crisscrossed with tree roots, making it a little difficult to follow. Before reaching the highest point, the path turned right and followed the side of the valley. Here the path showed signs of maintenance, and was much easier to follow. Around 2pm I reached an old bench, a good place for a break and a late lunch. There was no view, but the surrounding was very peaceful save for the chirping of birds. The path continued, along a level ridge extending northwards.

The roots along this ridge made for tricky walking 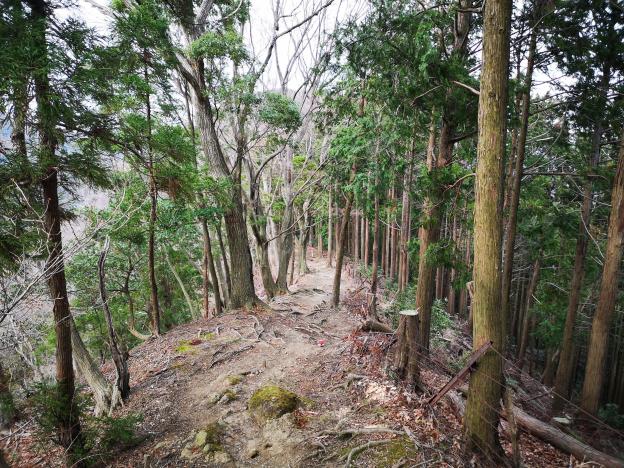 This was my favourite part of the hike. It felt very wild and isolated; it was hard to believe that I was less than 10km from Hon-Atsugi station. I was also surprised that I had never heard about it before; perhaps the locals wanted to keep it a secret. After some descending, and then a short climb via log steps, I reached the summit of Mt Hinata 日向山. Through a break in the trees, I could see the flat expanse of Tokyo. The weather which had been sunny and warm in the morning, was now overcast and windy. I continued along the trail downhill, and soon reached an intersection. I continued straight up the other side to the top of Mt Mijo 見城山, the site of an ancient castle. The view was much better here; below was Nanasawa onsen, and the forested hills separating it from Tokyo.

A 120 year-old Ryokan in Nanasawa Onsen 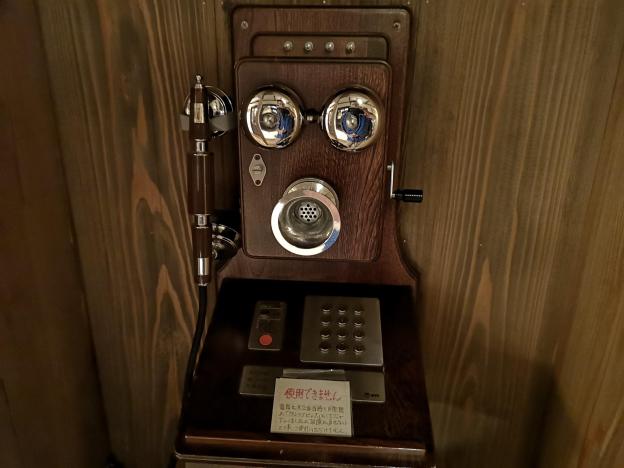 A rare but no longer functional rotary phone

Since the trail ended here, I retraced my steps to the intersection, only a few minutes away, and turned left down the mountain, following the sign for the intriguingly named Turtle Rock 亀岩 (in English on the sign). I spotted it, just before arriving at a road, a massive moss-covered boulder in the midst of the cedar forest beyond a small stream. I walked up the road for a few minutes to check out the Nanasawa Observatory. It was a worn-out structure with an unimpressive view, a curiosity from past times. However, I did get a glimpse of the first signs of spring on the branches of the nearby trees. I continued down the road, and just after 4pm, I arrived at Tamagawakan, a Ryokan more than 100 years old; it even had an old rotary public phone near the lobby. After a short hot spring bath, I caught the bus for Hon-Atsugi station from the nearby bus stop, and from there, I took the Romancecar for the short trip back to Tokyo. 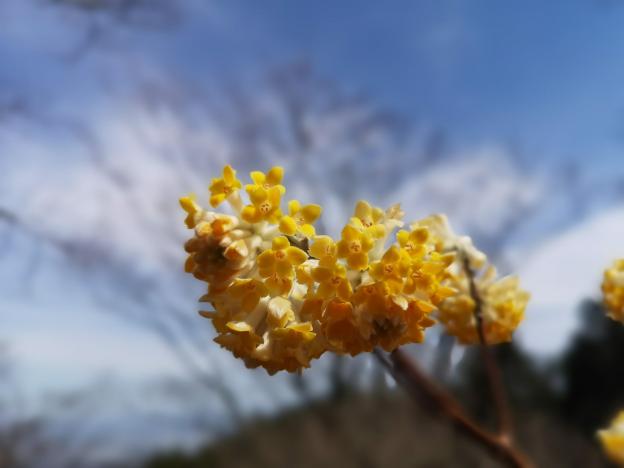