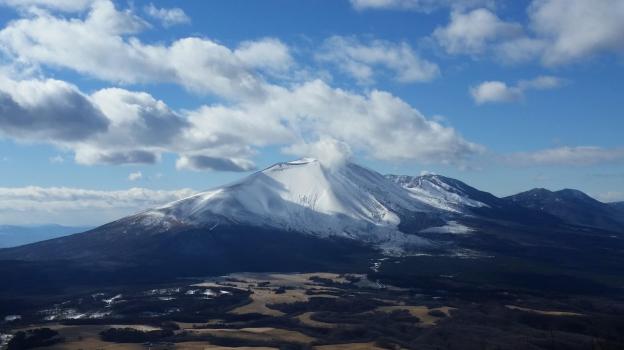 For this hike, I drove a rental car from Takasaki city to a small parking area near the entrance of the trail to the mountain. Starting from an elevation of 1450m at 11am, the hike to the top took only one hour. Although the top of Mt Asamakakushi 浅間隠し, meaning “Hidden Asama” was similar to that of my previous hike, it was a lot colder, since I was further North. 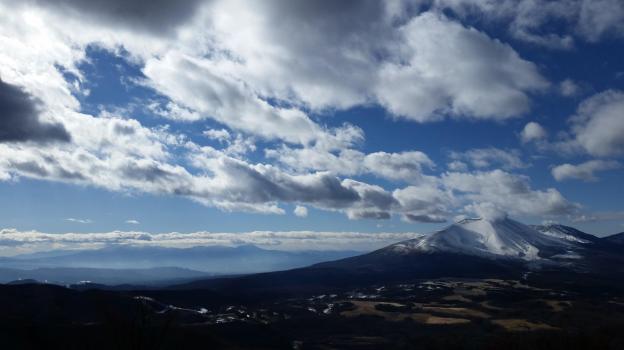 Yatsugatake in the background

The view of snow covered Asamayama to the West was breathtaking. I could also see the entire Joshin-Estsu mountains forming the Northern edge of the Kanto plain; there are just too many mountains to list here. Southwards, I could make out the Yatsugatake range, Karuizawa and the Oku-Chichibu mountains. Finally the three holy mountains of Gunma – Myohgi, Haruna and Akagi – were all visible in the same panorama.

After an hour taking pictures and eating lunch in near freezing temperatures, I made my way down the same way I had come up. Once back to the car, I drove to the onsen at Hamayu Sanso at the base of the mountain. I got there just before 2pm and I was able to warm myself up, before driving back to Takasaki station. 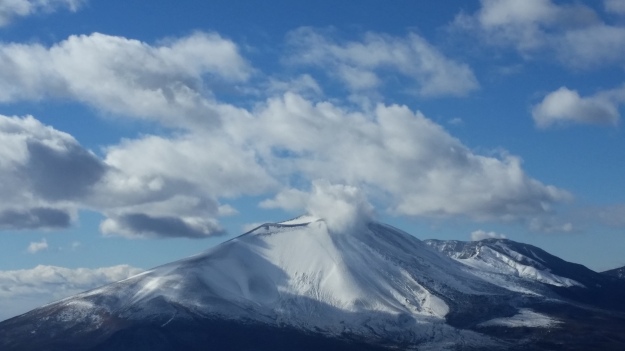