There are so many mountains in Yamanashi prefecture that I sometimes feel I won’t be able to climb them all. Today’s hike, mostly level and downhill, was perfect for my ankle that was still a bit painful. On top of that, the weather forecast called for high-altitude clouds – I needed something that would be well below that. Otome highland 乙女高原 at around 1500m and situated below Mt Kinpu seemed liked the perfect place, and I was lucky to get a seat the day before on the reservation-only bus for Odarumi pass.

Mt Fuji with a rocker’s hairstyle

A surprising thing happened on the way to the start of the trail. The bus, operated by Eiwa Kotsu, failed to show up at Enzan station. Despite the gloomy forecast, it was a beautiful sunny morning, and around 30 people were in line. Eventually, a replacement bus arrived 40 minutes late – I never found out what happened. 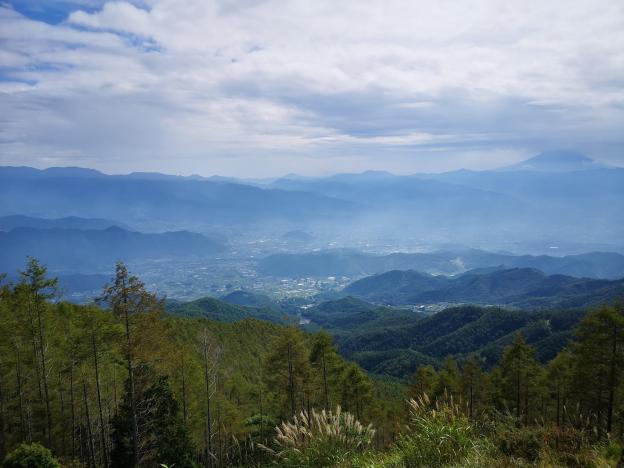 Luckily I wasn’t on a tight schedule, unlike those who were doing the roundtrip to Mt Kinpu. I was the only person who remained on the bus for the final segment along Otome lake to Yakeyama Pass 焼山峠 – everybody else had transferred to minibuses for Odarumi pass. I was finally ready to start at 10h45, a full hour behind schedule. In the meanwhile, the high-altitude clouds had rolled in. 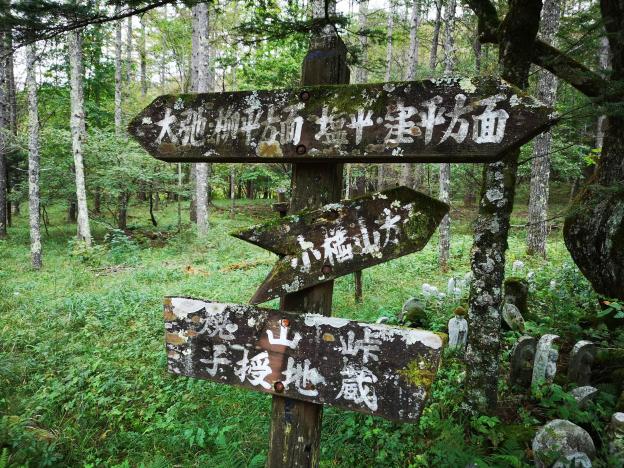 The start of the trail felt a bit spooky

Shortly after starting out, I was feeling spiderwebs all over my arms and legs. However, I couldn’t see the offending web or find any trace of it on myself. Also, the path was several meters wide – a bit unsuitable for spinning a web. The feeling persisted, and I was starting to think that I was imagining it. Eventually I was able to spot some ultra-thin filaments attached to some leaves – can’t imagine what kind of insects the spider was hoping to catch. The feeling of walking through spider webs continued for the first hour of the hike.

Cobwebs aside, this part was also some of the best hiking I had done recently. Even though Otome highland is just outside the Chichibu-Tama-Kai National Park, I thought that the trail and the surrounding forest were especially beautiful. I saw just one person on the way to the summit, one hour away. The trail was easy to walk: wide, grassy and gently undulating. The total height gain was less than 200 meters, which is why I had chosen this hike, since steep inclines were bad for my ankle.

At one point the path split into a new and an old path. The new one went up a steep slope, whereas the old one continued level through the forest. I choose the latter one, since according to the map, they joined up again, and they did indeed after a few minutes, with almost no elevation gain – go figure. 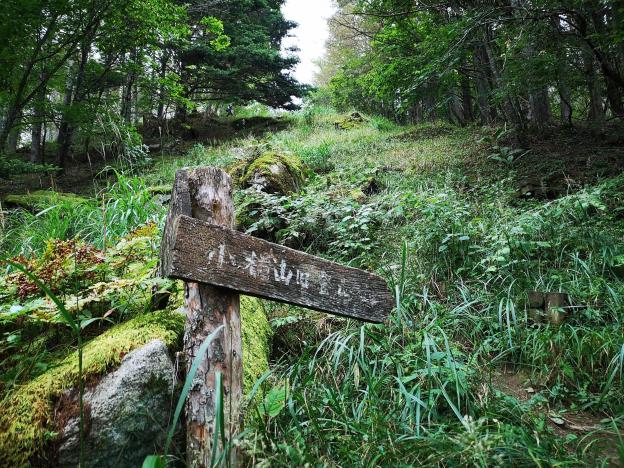 With very little effort, I reached the top of Mt Konara 小楢山, a mountain few people have heard of, and was greeted with some sunshine, a wide panorama, and a group of hikers having lunch. Luckily the top was quite spacious, and I found a quiet spot for my own lunch. I could see Mt Fuji, although the top was in the clouds and Kofu city. I could also make out Mt Kenashi, Mt Kuro, Mitsutoge and Daibosatsu Rei.

The top of Mt Konara, a good place for lunch

During lunch, I studied the rest of the trail in my guidebook. I realised that the rest of the trail was tougher than I had imagined – a succession of ups and downs with several rocky sections. Normally I would have thought “Perfect!” However, with my weak ankle, I wanted to avoid anything too adventurous. So I decided to take a different route down. Shortly past the summit, instead of continuing southwards, there are a couple of trails heading West. Their names translate roughly as “Missed Mother” and “Missed Father”. I took the latter since it allowed for a slightly longer hike.

After the summit the path gets narrower

Unfortunately, it turned out to be a difficult trail as well. In addition to being hard to see, making it necessary to search for the pink ribbons attached to the trees, it was steep, going directly down the side of the mountain. Luckily it wasn’t too long (about an hour), and I soon emerged onto a forest trail, not without a certain amount of relief. From there it was thirty minutes to the road, and another hour to the bus stop through Yamanashi Prefecture’s famous vineyards. It was the middle of the harvest season, and I was surrounded by beautiful ripe grapes on all sides – I was very tempted to pick some!

The sun tried valiantly to break through the cloud cover

Bus drive to the start of the trail

NEXT UP: Mt Shirasuna in Gunma Prefecture