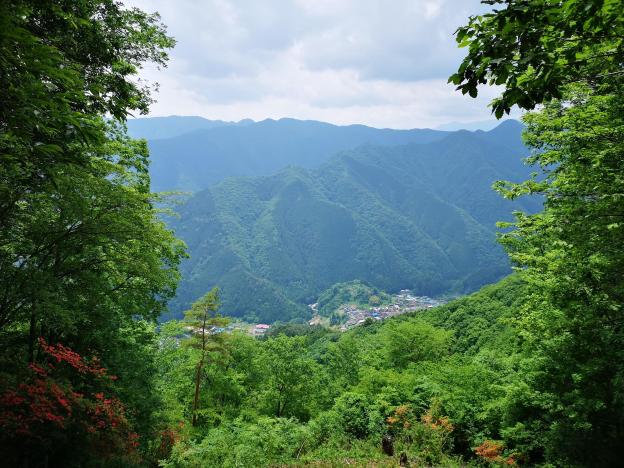 I decided to return to the same area as the previous week, and do a portion of the Mitosan-Takosan ridge that I had never hiked before. It contains no major summits, but since it was featured in my Tokyo prefecture hiking book, I thought it would be make a nice ramble. Also, the weather was cooler, so I could start later and lower down. This time I was hiking South and East of Mt Mito, as opposed to the West and North the week before. 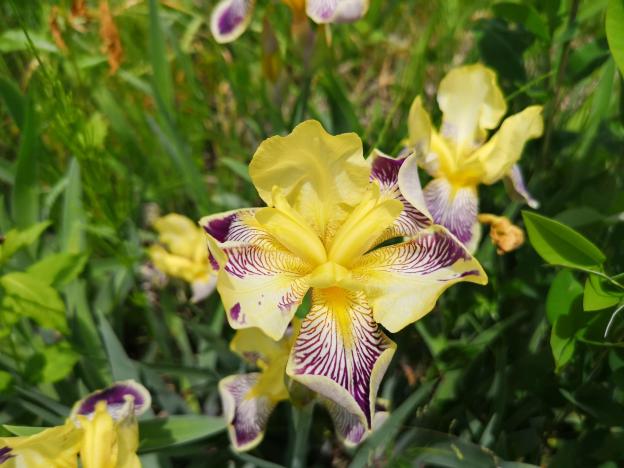 I took the bus from Uenohara station, but one hour later than the week before. Since the bus didn’t go all the way to Matsuhime pass, I was the only passenger. I got off at Gobara, in the charming village of Saihara 西原村. At 10:40 on a Saturday Morning it was completely deserted, and I wondered where everybody was. The hike was fairly well-signposted, and soon I was climbing up the side of the valley through forest.

Easy-to-hike: I passed a mountain biker coming down around here

It was cloudy and sunny but temperature-wise, perfect for hiking. The climb up was surprisingly beautiful: the path was easy to hike, and the surrounding forest felt wild and untouched – exactly what I crave for in a hike. Apart from a mountain biker, I saw no-else on the climb up. Halfway up, there was a nice viewpoint of Nishihara village, and the ridge I had hiked down from Matsuhime toge, 3 years ago.

After an hour and a half I reached Nishihara pass, and other hikers. I made a quick roundtrip to the top of Mt Makiyose 槇寄山 (1188) less than a minute away. I had been there once before when I had hiked down from Mt Mito years ago. I had a quick bite since there were a couple of benches and admired the view to the South – I could make out the shape of Mt Gongen, another peak climbed years ago.

I then retraced my steps and followed the ridge Southeast. The forest was beautiful and peaceful, with few people. I couldn’t quite decide if the area reminded me of the mountains directly south of the Chuo line, or of the ridge on the opposite of the Akigawa river valley. In any case, the ridge was wide and easy to walk, very unlike the section further down, around Mt Shoto, where it gets really narrow and tricky. 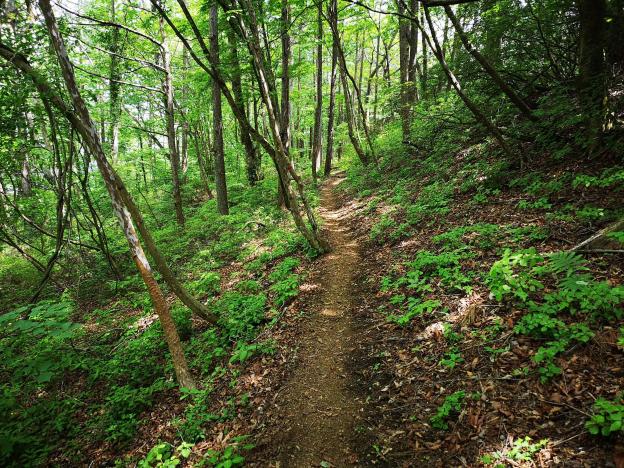 An enjoyable hike in the late spring

Eventually I reached another pass, Kazuma Pass, with benches and a viewpoint to the South. This was the point I had left the ridge on my previous hike down from Mt Mito, so from now on it was new territory. The weather had turned definitely cloudy, not a big problem in the pleasant June temperature. It was past one, so I sat down for the second part of my lunch. 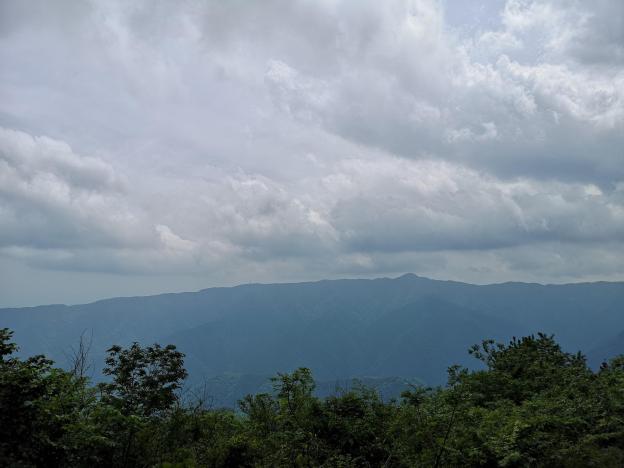 The long ridge leading to the top of Mt Gongen

Another hour of hiking brought me to the top of Mt Maruyama 丸山 – no view unfortunately. I didn’t linger, and the path which had been fairly level up to now, started to descend. Oddly enough, English translations on the signposts appeared around here – I guess I was officially in Tokyo territory. I emerged at Asama Pass, and joined up with the “Kanto Fureai no Michi” about one hour later. I had been here when I climbed Mt Shoto. I had now officially hiked the entire ridge from Mt Mito to Mt Takao. 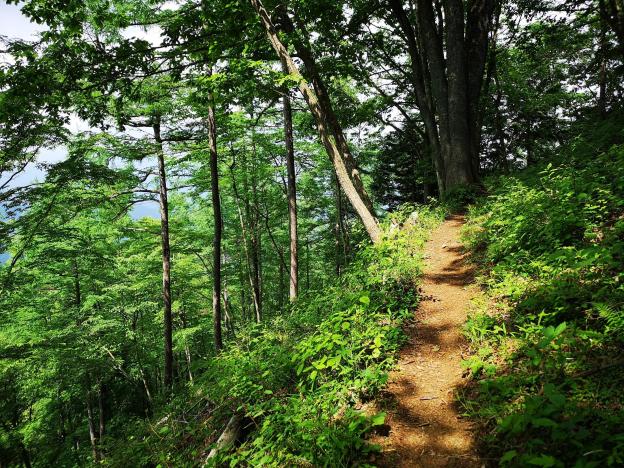 The sun made it through the clouds from time to time

From here, I turned left and started to head down to the Akigawa river valley and the bus stop for Musashi-Itsukaichi Station. I was one hundred meters from the stop and five minutes before the bus was scheduled to arrive, when it suddenly careened around a corner at top speed! I ran desperately after it waving my hand, but once I reached the bus stop, I wasn’t allowed to board! It turned out that it was a “zouhatsu” 増発 or extra bus which runs in the high season. Another, half empty, bus came along a few seconds later – I guess the Nishitokyo bus company likes its passengers to travel comfortably! 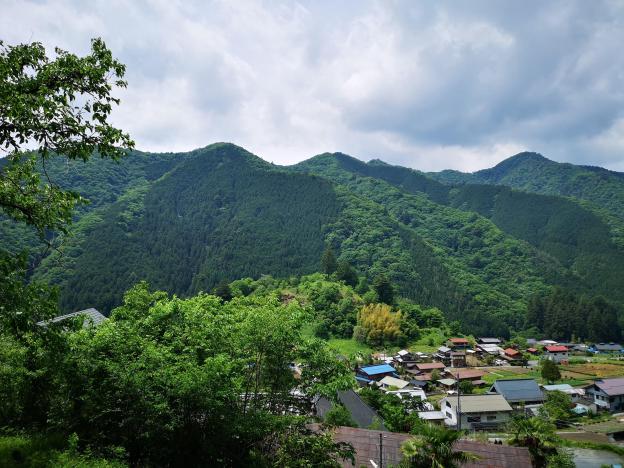