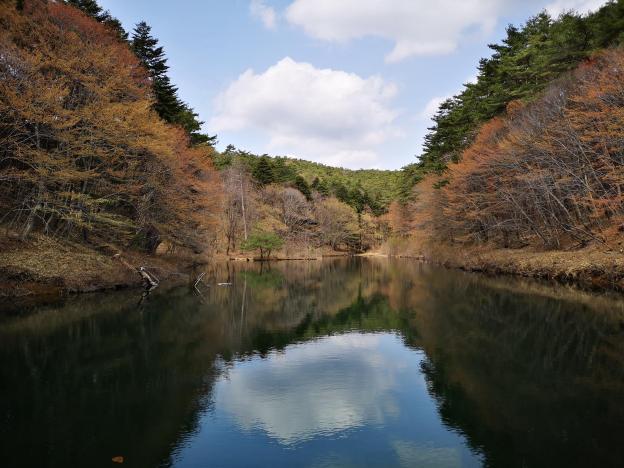 A Kanto hundred famous mountain, this one has been on my list for a long time. For some odd reason, this hike isn’t featured in any of my hiking books, nor on any of my hiking maps. Fortunately I was able to find access information, and a basic hiking map online. It’s possible to do this as a station to station hike starting from Gokan station but the connection to the Joetsu line isn’t very good in the early morning hours. Since the return is via the Jomo Kogen shinkansen station, I decided instead to use the Tokyo wide pass during golden week, and start and finish there. 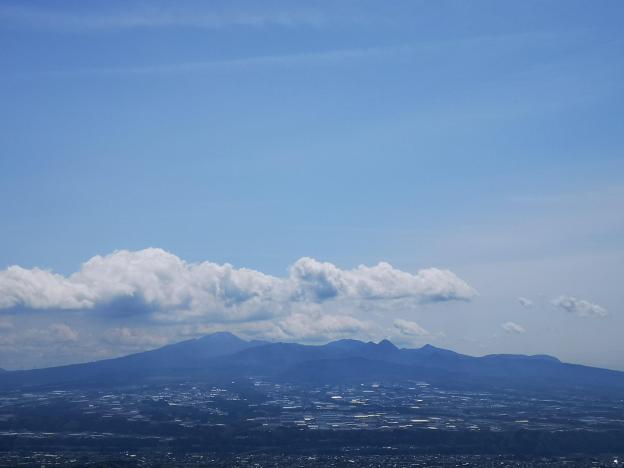 A good view of Mt Akagi from the North

Mt Mitsumine 三峰山 is a rectangular shaped mountain bordered by cliffs on the Eastern side. From Jomo Kogen station it looks like a ship. The official start of the trail is the parking area near Kawachi Shrine. I was surprised to see crowds of people at the shrine – they seemed to be celebrating some event. Just above is a jump-off point for paragliding. I’ve seen quite of few of these in Japan, but for the first time I got there while people were actually jumping off!

The jump-off spot for paragliders

I sat down for an early lunch and watched while these brave people jumped off one after the other, with Mt Akagi, Mt Komochi, Mt Onoko and Mt Haruna in the background. I was joined by a group of children. They weren’t as patient as me, and one of them yelled “hurry up” (hayaku) while the paraglider was waiting to jump! Finally the last one had jumped and I continued on my way. I was now on top part of the “rectangle” so it was mostly pleasant forest walking on a level path. 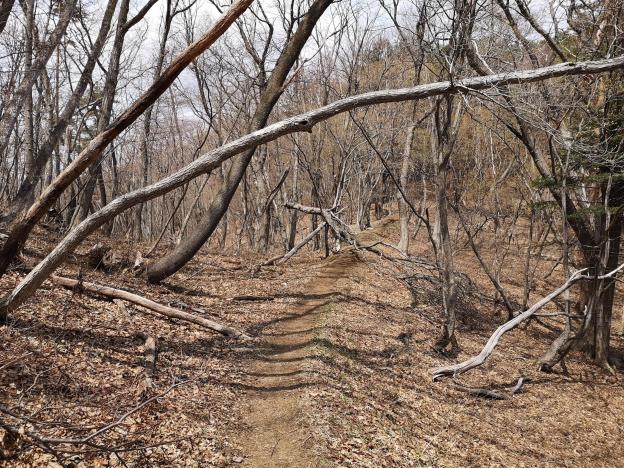 Some nice and easy flat-walking

At one point I reached a fork in the road and I had to make a choice: continue straight or make a detour via a couple of lakes or “numa”. I decided to check out the lakes since I wasn’t pressed for time. I wasn’t disappointed since the lakes were quite pretty. I was surprised to see some quite large fish swimming in the second one.

After returning to the main path, I found myself walking quite close to steep cliffs on my right side. There were occasional views of Mt Hotaka still covered in snow. The path bent left, then right, and after short climb a reached the highest point with a great view of the snow-covered Tanigawa range directly to the North. My map showed a path leading from the summit down to Jomo Kogen station.  This was Kanto hundred best #90. 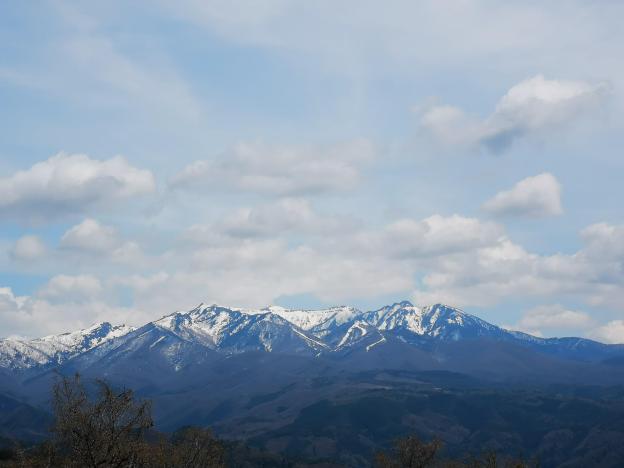 Unfortunately it wasn’t a real path, and soon I was walking down the mountainside from yellow bit of rope to yellow bit of rope (used here instead of the usual pink ribbons). It was fairly hard to follow and I can’t recommend this to inexperienced hikers in Japan (if you don’t get the pink ribbon reference…) It seems most people do this hike by car and do a round trip to the summit. Plus, the weather had changed from sunny to overcast and I started to worry that it would soon start to rain. 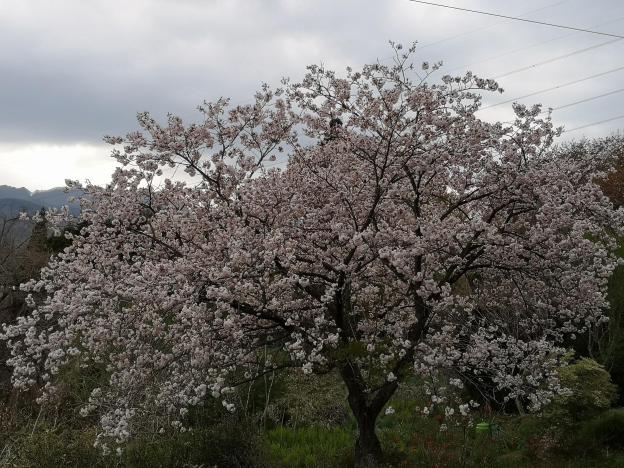 It was still sakura season in Gunma

Eventually I emerged onto a forest road which soon turned into a road. On the way, I heard loud croaking noises coming from some water puddles – it was full of rather large-sized frogs. Unfortunately they were very shy and quickly hid under the mud. The end of the hike followed the road all the way back to Jomo Kogen station. Before heading back to Tokyo, I made a brief detour to Echigo-Yuzawa station where I could take advantage of the hot spring bath inside the station.

Watch a paraglider jump into the void!

Toad or frog? I couldn’t tell