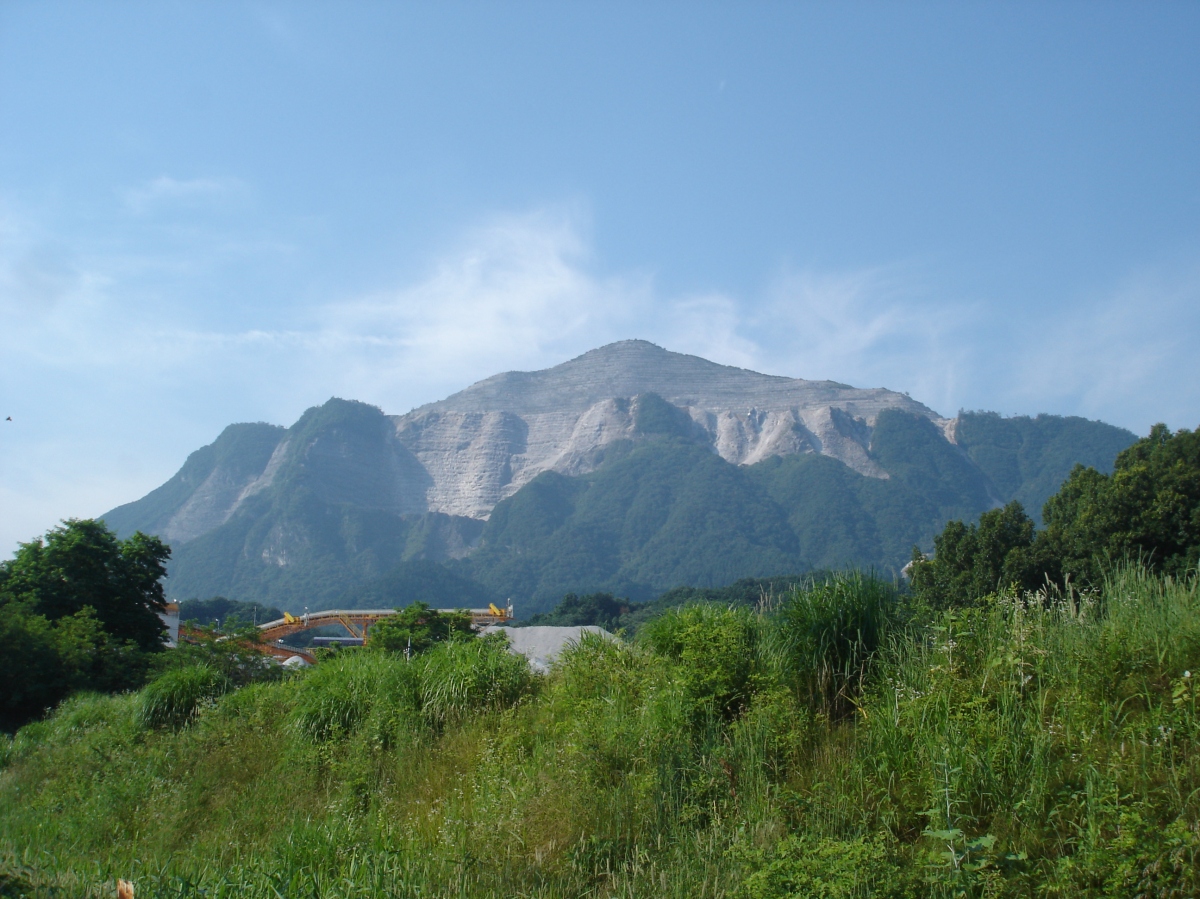 This was one of the first mountains I climbed in Chichibu. I was intrigued by its pyramid-shaped top, spotted on my previous visits to the area. Could it be easily climbed? why was it two-thirds bare of trees despite being way below the treeline? I decided to go on a hot sunny day in the middle of June; in fact it was the day Michael Jackson passed away. The sky was hazy and the view from the top wasn’t great, so I have always been wanting to make another attempt in the cooler months.

Ask for a hiking plan for Mt Buko

Although technically a station to station hike, it’s an hour and a half walk along a paved road from Yokoze station, so getting a taxi to the trailhead is a good option, especially if you’re in a group (it might require prior reservation). I got off the train station at the very early time of 7am so I decided to go on foot. On the way, I got some dramatic views of today’s mountain. It soon became clear that the triangular treeless summit wasn’t natural, but formed through mining – ir was one big quarry. I passed by several factories that seemed to belong to a Hayao Miyazaki movie; they’re probably used to process the mined rock. Further on, the road started to climb, and a beautiful mountain stream appeared on the left side.

The Ghibli-like factories at the base of Mt Buko

I arrived at the “torii” marking the trail entrance at 8h45. It was flanked by a pair of dog or wolf guardians, something I don’t usually see. There are rumours that wolves still exist in Chichibu; perhaps this is where there used to live. Beyond was an extremely steep mossy concrete road heading straight up the mountain through dense cedar forest. Every time I consider redoing this hike, this part comes to mind. Thankfully it was soon over, and I was following a regular hiking path. Half an hour later I reached a waterfall called “fudotaki” 不動滝. Past it was a small log bridge crossing a narrow ravine, adding a little bit of a excitement to the day.

Another hour of hot and sweating climbing brought me to a log staircase that seemed to go on and on, but with some views to the South at the top. Fortunately most of the hike so far had been under the trees. From this point, it was a short walk to the highest point of Mt Buko 武甲山 (bukozan), the height of which seemed to be under a fierce debate judging from a very basic map I saw there – it had 3 different heights with one crossed out! I was surprised to see that the summit area was covered in forest. However, the North side was completely open, and was guarded by a low fence. As I walked up to it, I saw that I was standing at the top of a cliff. Far below was a flat area with tracks for vehicles; below that the forest reappeared. The mining seemed to be making its way from the top of the mountain to the bottom. So far it was one third down but I wonder how low they will go?

As I mentioned before, the views were hazy, but in clear weather, the view of the Chichibu valley must be amazing. I checked my phone, and was stunned by the news of Michael Jackson’s death. It was nearly noon and, despite the elevation, I was getting quite hot, so I decided to head down and take advantage of the tree shade. I enjoyed this section very much. The path was easy to walk and there good views through the trees. Since it was a weekday, mining was going on, and the mountain was rocked by a couple of explosions just past noon. Probably no risk to hikers, but I was glad to be on the opposite side.

After an hour of downhill, I reached a mountain stream with a small waterfall, next to which was a shallow basin of clear water. I couldn’t resist so I took off my shoes and waded in. After my dip, I spotted a snake nearby so in hindsight it probably wasn’t a good idea! The next part was another hour walking along a forest road. However, a pickup truck suddenly arrived behind me; the driver stopped and kindly offered to drive me to the station. I had this kind of experience more than once in Chichibu, and it speaks volumes of the kindness of its people. Since there were 2 people in the cab, I sat on the flatbed, and was able to enjoy the surrounding nature as we drove off the mountain. I reached the station by 4pm. It was still early, so I decided to take a hot bath before the two-hour train ride back to Ikebukuro. 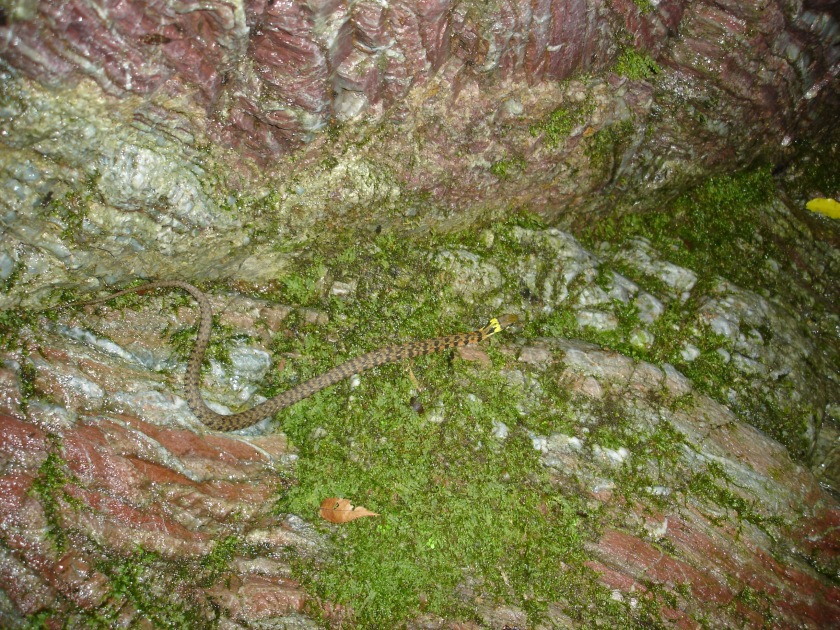 The puzzle of Mt Buko was now solved to my satisfaction (also thanks to some online information). I have mixed thoughts about mining mountains, especially ones that are so prominent. Although it would be nicer to keep them in their natural shape, there is no denying that this one has become more recognisable and famous, thus attracting more hikers.

Ask for a hiking plan for Mt Buko

Check out the mountain stream with its double waterfall