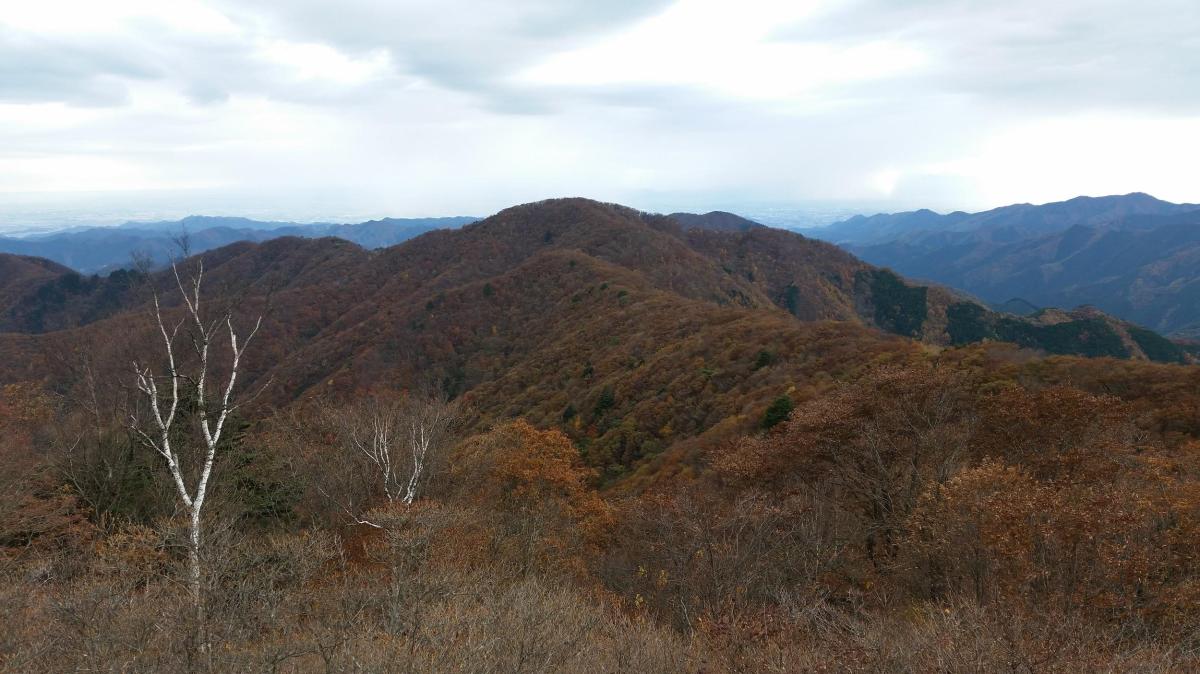 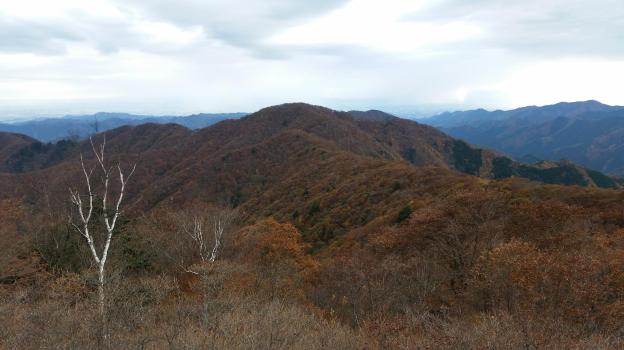 This was my very first visit to Kiryu City – I returned a couple more times last year in the autumn. However I had hiked in the Ashio mountains 足尾山地 several times before. I was again the only person on the bus, and when I got off at the last stop, I was surprised that it cost only 200 yen – probably the cheapest bus ride I’ve ever done in Japan. I had to walk another thirty minutes along the road, but I didn’t mind since it followed the beautiful Kiryu river. 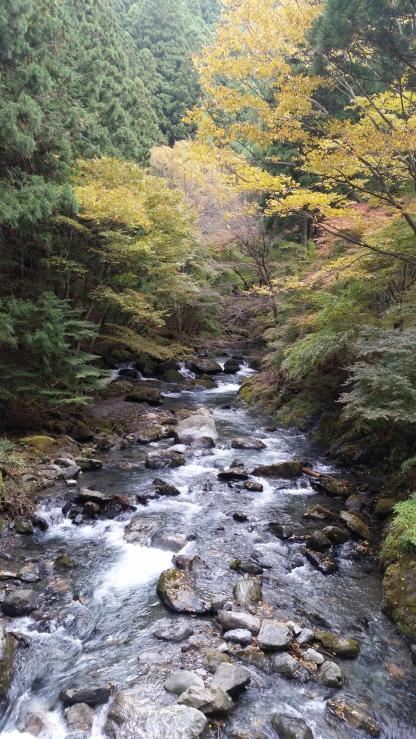 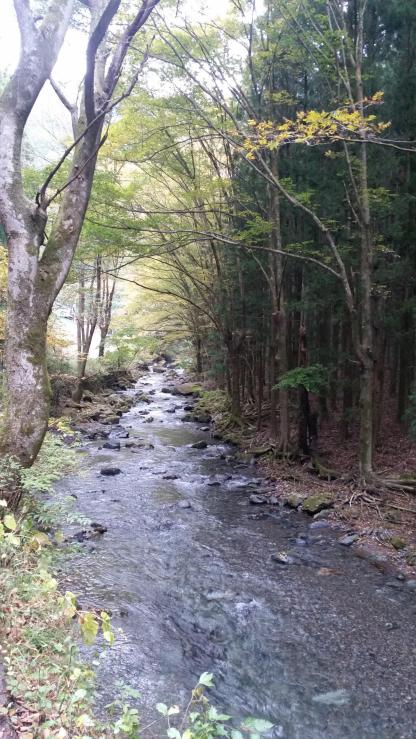 Kiryu river, one of the top 100 forested valleys in Japan

I reached the start of the trail around noon – there was a well-made sign in Japanese and English explaining that the Kiryu River had been selected as one of the top 100 forested valleys in Japan – I wasn’t aware that such a list even existed! There are two trails up the mountain – the one on the left follows a small mountain stream, and is more challenging. I took the more direct trail going up the ridgeline. This trail had its share of fun, with rocky sections lined with ropes for safety – it’s not really dangerous, but it isn’t for beginners either. 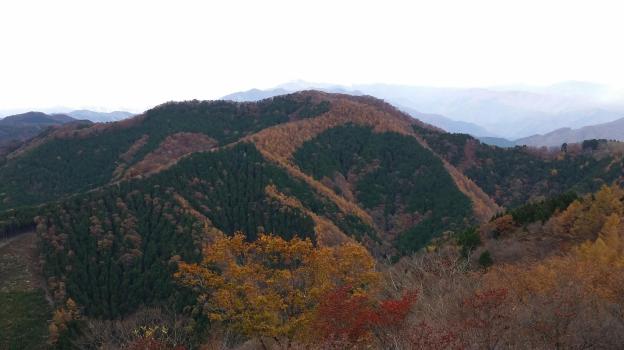 The autumn colours made up for the gloomy weather

The autumn colours were still at their peak, and a little before 1h30, I reached the top of Mt Nemoto 根本山 (meaning “tree root”), a Gunma 100 famous mountain. There was no view, but there was a brand new sign. The weather had been sunny and cloudy all morning, but now it was completely overcast, with a cold wind. It felt like it might snow at any moment. 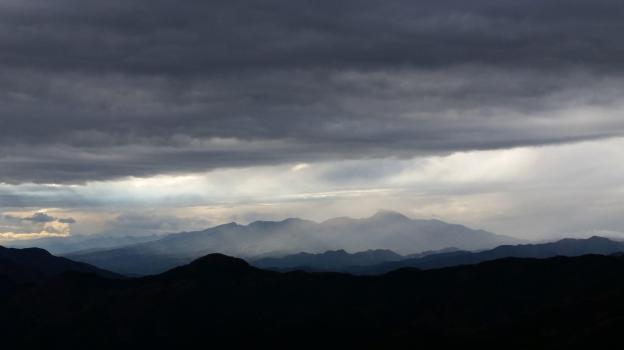 I continued along the ridgeline, circling the source of the Kiryu river, clockwise. Soon, I was walking South along an easy trail, and I arrived at Mt Kumataka 熊鷹山 less than an hour later. There was a small observation tower with a 360° view of the surrounding mountains. I could make out Mt Koshin and Mt Kesamaru to the North, where there was some sun, and Mt Akagi under a dark cloud to the West. In the East, it seemed like it was raining. 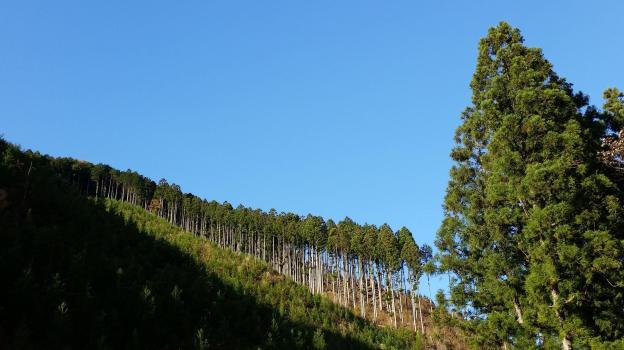 After enjoying the view and before my hands froze, I started to head down the mountain. The hiking trail quickly became a forest road, and the sun came out again. Soon, I was walking next to the Kiryu river again under blue skies. I was back at the start of the trail before 4pm, and half an hour later I was riding the last bus back to Kiryu City. 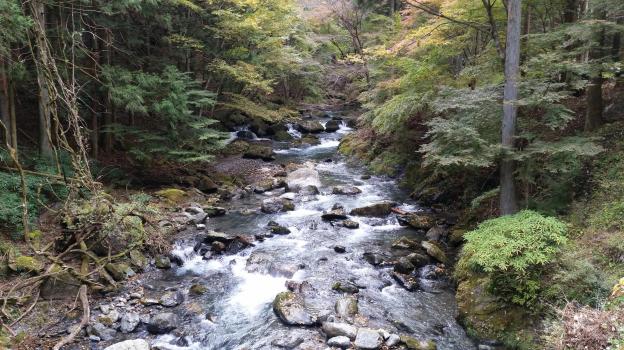 Kiryu river, also one of the 100 top forested water sources